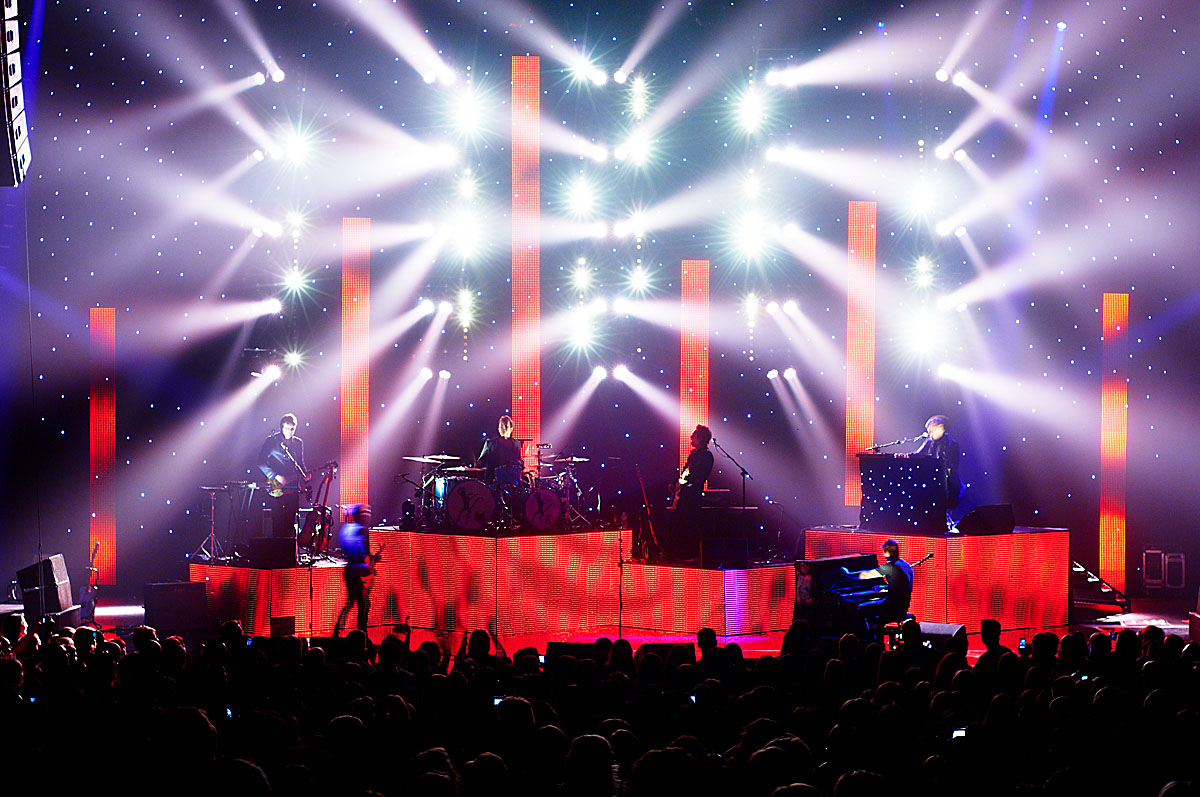 "The MAC 101 CTs allow cold and warm key lighting fill as well as a range of movement for shadows or movement cues to the crowd, etc.," Normandale states. "The added bonus is being able to tweak them should a player move or the fixture get knocked without technicians running onto the stage. The warm/cold option also allows some feel or tone to specific songs."

On the James Blunt tour, the MAC 101 CT fixtures are used as front light on the band members to provide mostly warm but also some colder light looks. The 101s super small footprint allows the fixtures to sit discretely on the stage floor.

MAC 101 versatility
The standard RGB version MAC 101s fulfill the role of a latter day wall of PAR cans for the 1979-82 New York-themed set, says Normandale. Located on ladders at the back of the stage – 5 columns of 101s, each column with five pairs – Normandale comments, "The 101s are good for beam looks and can cut through the light from the other MACs so they are very bright."

Besides a tight and bright beam, the MAC 101 is speedy, is color calibrated and is ideal for pixelmapping video content. "We're pixelmapping them with swirls and patterns but what we're mainly doing is taking the color from the video and running it straight through the 101s because they react really fast," says Glen Johnson, lighting director for the tour. "We match them up against a load of other types of LEDs. The 101s work really well, reacting almost instantaneously. It's very good for mapping.

"We have LED columns going up the sides – on each of the drops of light we run the video across and the 101s react perfectly at the same time. The 101s do all the fast moves and are great for quick marking - they're like a moving mirror. You can do some really fast fade outs, instant move to another position and back again, so the speed is really good on them.

"And they're bloody reliable. We just throw them up; they're so small and lightweight. Even the 12 CT versions straight off the production line have had no problems," Johnson concludes.

The "Some Kind of Trouble" world tour began in early March and is scheduled to run until March 2012. Lite Alternative has supplied the 101s along with Martin MAC 700 Profiles™, MAC 700 Washes™, MAC III Profiles™ and MAC 2000 Wash XBs™.